What is the NGLCC?

The Utah LGBTQ+ Chamber is a proud affiliate Chamber of the National LGBT Chamber of Commerce (NGLCC). The NGLCC is the business voice of the LGBT community, the largest advocacy organization dedicated to expanding economic opportunities and advancements for LGBT people, and the exclusive certifying body for LGBT-owned businesses. Once you become a member of your local affiliate chamber (Utah LGBTQ+ Chamber) you will be able to leverage local membership benefits, AND also take advantage of complimentary national certification. Find Out More 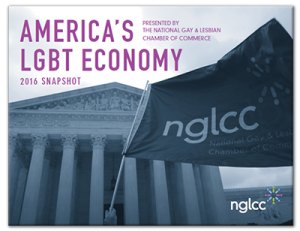 The NGLCC Supplier Diversity Initiative (SDI) offers businesses a tool to make connections and open doors with America's top corporations, several federal government agencies and other certified businesses. The SDI certifies Lesbian, Gay, Bisexual, and/or Transgender owned Business Enterprises (LGBTBEs) and works to provide opportunities for LGBTBEs to gain exposure within government and corporate procurement processes either as a contractor or a subcontractor.

NGLCC Will Not Stand for the Erasure of Transgender Americans The National LGBT Chamber of Commerce (NGLCC), the business voice of the LGBT community, has issued a statement on the reported intention of the Trump Administration’s Department of Health and Human Services to narrowly define gender in the United States in an effort to make transgender Americans invisible. Statement by NGLCC Co-Founder & President Justin Nelson and Co-Founder and CEO Chance Mitchell:

“The NGLCC and our partners will continue to assert that any attempt to diminish or erase transgender or gender non-binary Americans is both morally reprehensible and economically ruinous for the United States. Gender identity is distinct from biological sex, and neither is a binary to be legislated by the current administration, which has repeatedly demonstrated a desire to turn back the clock on LGBTQ progress. A proposed national policy to limit Americans’ gender identity is not only a repudiation of several major court decisions upholding LGBTQ protections under Title IX, but it also contradicts widely respected and reported scientific and economic evidence.  According to NGLCC’s America’s LGBT Economy Report, which has been referenced and acknowledged by countless public and private policy experts,  LGBT business owners across the nation bring countless innovations, contribute over $1.7 trillion to the economy, and create tens of thousands of jobs in their communities. Transgender and gender non-binary business owners across our country make up an important piece of these contributions, and their contributions make all of us stronger: they build our roads, improve our schools, and defend our nation. America’s transgender and gender non-binary entrepreneurs add too richly to the social and economic success of our country to be erased by their government.”

The US economy cannot achieve its full potential until all American citizens are given equal treatment under the law, including the dignity of representation and recognition by the federal government. We encourage all LGBT business owners to seek out NGLCC’s LGBT Business Enterprise certification as one of several ways to be counted as a contributing member of the LGBT business community and leverage the resources available to them as an LGBT business owner.  The NGLCC Trans Taskforce, along with initiatives across our affiliate network, will continue to advocate for expanded opportunities for the trans community to thrive. #WeWontBeErased 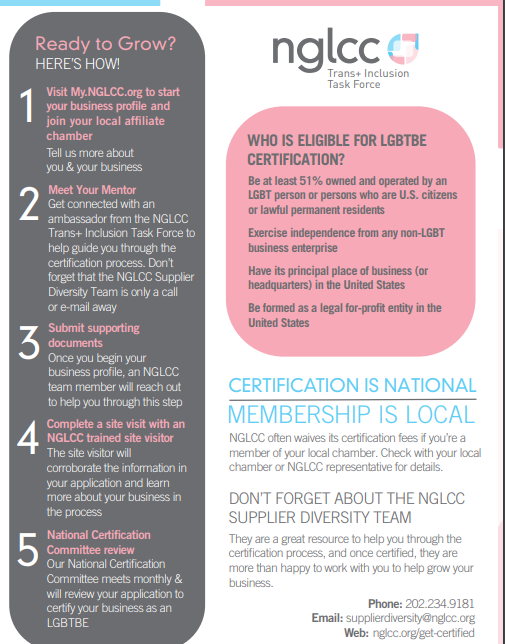 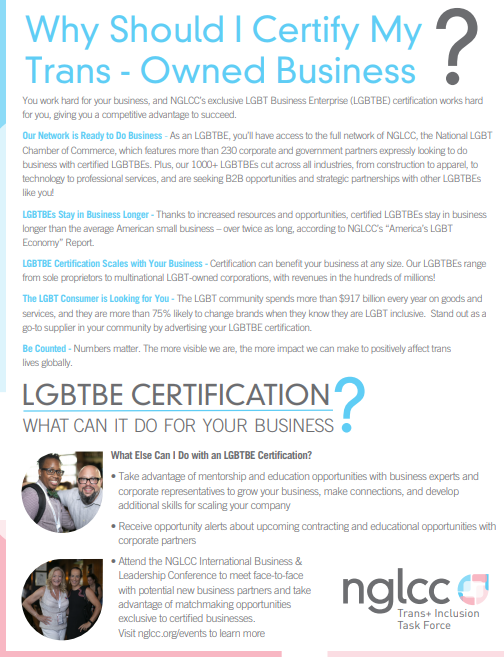